Allstars are one of the bigger clubs in the Redlands.

We are a friendly, inclusive club who have a great sense of community spirit.

We are a fun, family-orientated Wellington Point-based netball club who play within the Redlands Netball Association competition.

Allstars are one of the bigger clubs in the Redlands. We have teams ranging from under 7s through to Cadets (over 15s).

All competition games are held every Saturday at the Redlands Netball Association at the Pinklands Sporting Complex, Thornlands, between April and September.

We are a friendly, inclusive club who have a great sense of community spirit –  we are always looking for new members, supporters and sponsors.

We welcome all newcomers to be part of our club.

Allstars Netball Club Incorporated was founded on the 17th December, 2002.

It is one of the Redlands largest netball clubs, fielding 14 competitive teams and 7 NetSetGO teams in the 2020 season, culminating in a membership of some 188 players. Our teams play every Saturday during the winter season competition at the Redlands Netball Association, Pinklands Sporting Complex, Thornlands.

In the 2020 modified season, 10 out of our 14 hard-court competitive teams placed either 1st, 2nd or 3rd in their division.

Allstars have a staunch supporter in local councillor, Wendy Boglary, whose interest and commitment in the club has helped the club grow and be the success it is today. 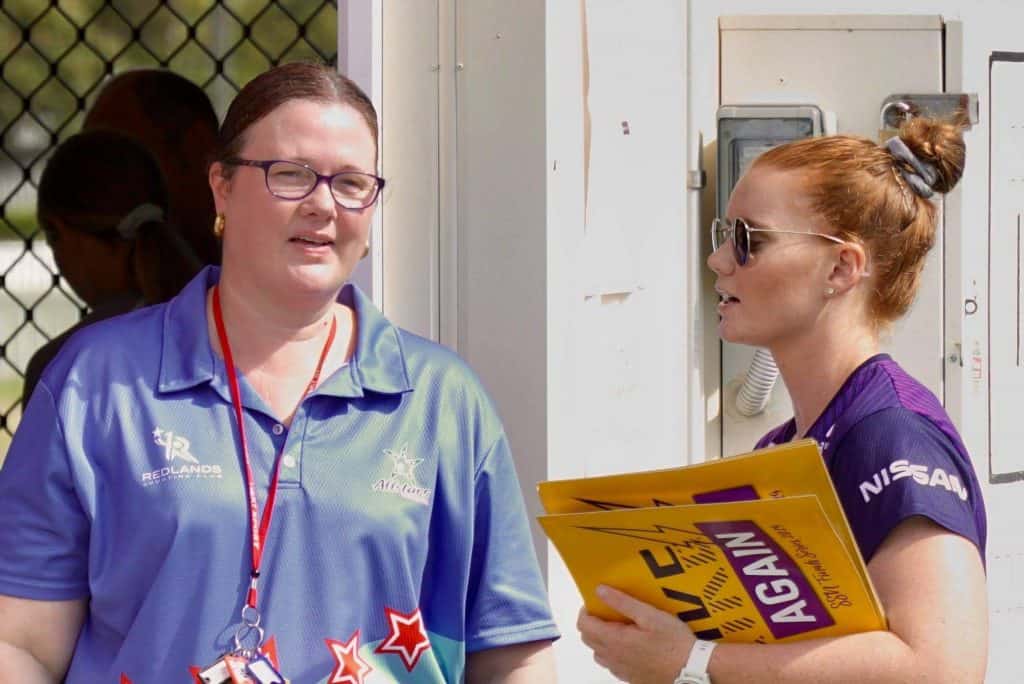